2nd Dynasty makes science-fiction themed Spaceships and terrain for tabletop RPGs and war games that you can print yourself on your home 3D printer.

We also are available for commissions and work in 3D animation and animated film post production. 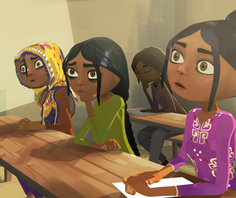 We can deliver all stages of animation production, from concept to manuscript, storyboard, through production, post production and delivery.

We use the power of visualisation for presenting information through animation or still images. 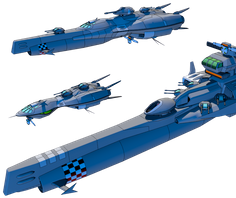 We develop our own in-house computer games with a focus on turn-based strategy games. 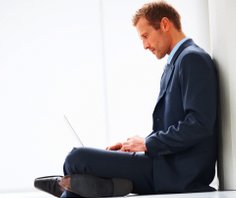 When you think of animation, you probably think of Disney films or Japanese Animé. However, Animation is a very broad industry with many branches. You see it all the time, from the user interfaces in the software you are browsing this website with, to games, to live action blockbuster movies.

Functional animation is the use of animation as a tool for visualising information.

Functional animation is especially useful for companies with abstract or complicated products or services. In the age of information, we are constantly bombarded with new concepts and ideas vying for our attention, and often these new ideas, products or concepts are ever more complex, abstract, or hard to understand. Explaining exactly what the subject is and how it works is time consuming and trying on the patience of your listener.

However, showing, whilst explaining, is a much more effective form of communication. And animation is very good at it. Why? Because you can show exactly what you want to show, including things which are impossible to achieve with a film camera - for example, showing how the inside of an engine works, or how x-rays are generated. A short animated film can go a long way to briefly educate potential clients on the benefits of an abstract product or service and builds a bridge of understanding between the producer and the consumer which then works as a starting point for further discussion.

Although animation is time consuming and can be expensive, functional animation allows for very flexible production budgets, and a production can take from 20 hours to hundreds of hours depending on the complexity, duration and ambition levels of the film.

2nd Dynasty can provide a wide range of animation and visualisation production services.

We cover the full spectrum of animation production services from basic to functional to medium quality productions.

We can produce a number of different animation styles designed to fit medium to low budget films. We prefer to use stylisation to communicate, with our flagship style being a hybrid between a traditional 2D animation using 3D animation technology. We do not produce photorealistic animation, although photorealistic visualisation is possible.

It can be difficult to estimate the costs of animation. In general, animation is time consuming and expensive compared to film. However, you can use the technique to visualise things which would be too costly or otherwise impossible to film. This might be anything as complex as a fantasy creature, to exploring culturally sensitive issues in a neutral environment, to visually presenting information in an easy to undestand way.

Animation with characters is generally more expensive than animation of text and objects. Also, the amount of detail and complexity of such characters also affects the pricing. The longer a film is, the more it will cost, although a large part of the cost of animation production is preparing characters and environments,

In general, even a simple animation will take at least two weeks for a single person to produce, and can take up to hundreds or even thousands of hours with increased complexity and detail. This further makes things difficult to evaluate pricing.

Often we prefer to work to a budget. A client comes to us with a fixed budget, and we will present a pitch for how we could produce a solution within that budget.